After Ben Stokes' 176, which was part of an epic 260-run partnership with Dom Sibley, Dom Bess and Stuart Broad added 42 for the last wicket before the hosts declared. 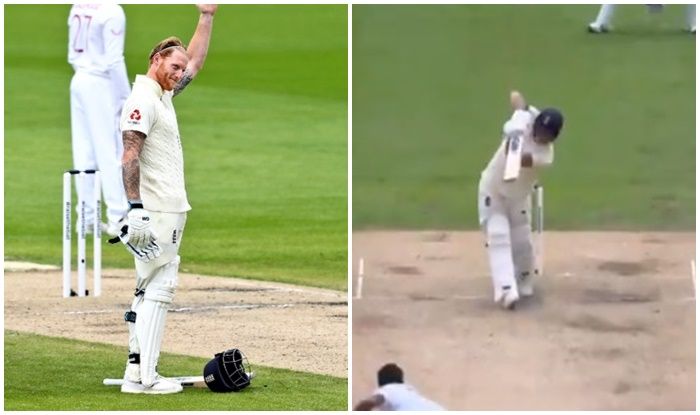 England star allrounder Ben Stokes was in top form as he slammed his 10th Test century on Friday at Old Trafford, Manchester against West Indies. Stokes sent the tourists on a leather hunt as he stroked his way to a brilliant 176 off 356 balls to help England put on a mammoth 469 for nine in the first innings.

During the course of his marathon knock, he played most of the shots in the cricketing manual, but a certain shot of Alzarri Joseph even left him in disbelief. The incident took place off the second ball of the 114th over, when Joseph decided to go full, looking to extract any swing if possible. Stokes – with a straight bat and minimal effort sent the ball for a six over the long-on boundary. What was also surprising was that there was no follow-through required, despite that the ball sailed over the ropes. Stokes’ reaction of ‘disbelief’ after the shot is epic.

That is ridiculous @benstokes38! ?

After Ben Stokes’ 176, which was part of an epic 260-run partnership with Dom Sibley, Dom Bess and Stuart Broad added 42 for the last wicket before the hosts declared.

West Indies lost opener John Campbell and at stumps, they were 32/1 with Kraig Brathwaite in the middle with night watchman Alzarri Joseph. 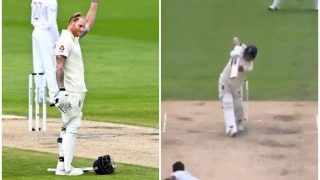