Now in a fresh controversy, Stokes was slammed by Katie Price, who branded him disgusting after a video showed the England cricketer mocking her disabled son Harvey

It seemed Ben Stokes was enjoying the best phase of his cricket career until the pub brawl earlier this week. There are doubts hovering over the New Zealand-born English all-rounder s participation in the Ashes after the video of the pub brawl surfaced. Now in a fresh controversy, Stokes was slammed by Katie Price, who branded him disgusting after a video showed the England cricketer mocking her disabled son Harvey. READ MORE: Nasser Hussain lashes out at Ben Stokes

Harvey is the 15-year-old son of the British glamour model and former football star Dwight Yorke. He suffers from Prader-Willi syndrome and found his way to news headlines after an appearance on Loose Women last year. He was asked how he responded to the ruthless online trolls and the teenager replied, Hello you c*** .

In a recent video obtained by the Daily Express, Stokes is heard saying, Harvey, what do you say when people are being mean?” He then adds: Hello you c***.

Price is a protective mother and he labelled the cricketer disgusting .

The Sun quoted the 39-year-old model telling her friends about Stokes: I don t know this guy or why he would do this. It s disgusting.

A close friend also told the publication, She is extremely protective of Harvey, as any mother would be, and has always made it clear that she finds any jokes about him totally unacceptable. She s got no idea who Ben Stokes is, and she s never met him, so it s outrageous that he would want to ridicule her son like this.

Katie has made it her mission to speak out against this sort of behaviour. She says, No joke about Harvey will ever be funny to me .

Harvey is partially blind and his conditions has led to behavioural problems.

Stokes missed England s final 2 ODIs against West Indies following his arrest in Bristol following the pub brawl. A video shows Stokes throwing 15 punches in a minute, knocking one to the floor with one punch. He along with Alex Hales have been suspended by ECB and this has also put the star all-rounder s Ashes place in doubt. 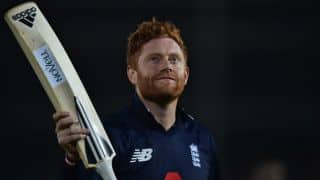 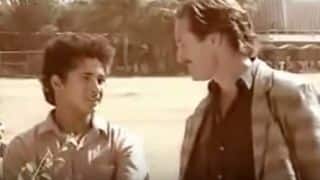