Ben Stokes, who is on a central contract with the ECB, will have 0.5 per cent of his amount deducted every day he is away playing in the IPL.

England all-rounder Ben Stokes may have to sacrifice 100,000 pounds (about 8.5 million in Indian currency) if he wants to be a part of the 2017 edition of IPL. Stokes, currently in India for the limited-overs series, is set to be a prized target for many franchisees if he decides to forego the money to put himself in the auction. Stokes has never been a part of IPL. He had also called for an IPL-style tournament in England as he feels that the current T20 tournament in English is far behind their counterparts around the world. Stokes, however, will not be the first Englishman to play in the tournament. Eoin Morgan, Kevin Pietersen, Dimitri Mascarenhas, Jos Buttler, Sam Billings, Ravi Bopara and Chris Jordan have all participated in the tournament.

Stokes, who is on a central contract with the England and Wales Cricket Board (ECB), will have 0.5 per cent of his amount deducted every day he is away playing in the IPL. Buttler, who played for the Mumbai Indians in IPL 2016, returned home with positive reviews about the tournament, which has got Stokes interested. ECB Director of Cricket Andrew Strauss has been encouraging players to play in the cash-rich tournament, which has been a huge success for nine seasons now. Stokes was also part of the England team that lost the World T20 Final at the Eden Gardens in 2016, which gave him an idea of the frenzy T20 cricket can reach in India.

During the tournament, Stokes said, England Twenty20 is far behind everywhere else. The other competitions attract the biggest players so we don t get an opportunity to play against these guys whereas everywhere else over the world they do, he said. England, I think, are well behind other teams in terms of experience so it would be nice to see something like that happen in England. I don t know when it will happen if it ever does but I think it s something that does need to happen It will give us a chance to be a more successful team, especially in these world competitions. 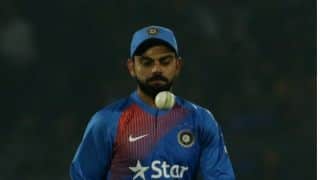