Kolkata: Bengal off-spinner Saurasish Lahiri announced his retirement on Thursday, ending a first-class cricket career of 17 years. “It has been a fascinating journey. A fantastic one. It has been a privilege to play 100 games for Bengal,” Lahiri told reporters . The tweaker said dismissing the great Sachin Tendulkar in both the innings of the Ranji Super League final in 2006-07 will remain as his greatest moment in cricket. “I could not have asked for more, getting him (Tendulkar) out twice,” he said. ALSO READ: Arthur wants to lift Pakistan to No. 1 in ICC rankings

Lahiri, who was also handy with the bat, played a gritty knock of 48 not out in his 100th match and helped Bengal salvage a draw against Madhya Pradesh in 2015, a result which helped his state avoid relegation. But he was dropped the next season as Bengal roped in left-arm spinner Pragyan Ojha. But Lahiri said he had no regrets. “Yes, initially it was disappointing. But I’ve no regrets. Everyone has stood by me always,” he said.

Lahiri was flanked by former India captain and present Cricket Association of Bengal (CAB) president Sourav Ganguly. “He played for 17 years with distinction. He came to me and said he wants to go into coaching, so it is fair,” Ganguly said.  Lahiri has claimed 256 wickets from 100 first class matches with best figures of 7/62. He has also featured in 76 List A and 22 Twenty20 matches playing for Bengal and Kolkata Knight Riders.

“His contribution to Bengal cricket is immense. I am however happy that during the discussion, he has given his consent to give back to the game by continuing to serve Bengal cricket in some other capacity in the near future,” CAB secretary Avishek Dalmiya, who could not be present at the media interaction, said in a release. 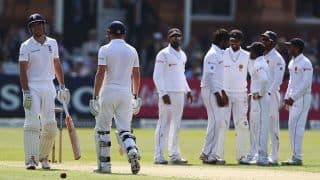 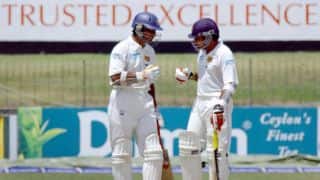