Bhajji's Body Might Have Been Little Better Than Dada: Rahul Dravid's Hilarious Reaction To Sourav Ganguly

Recalling the iconic incident, Rahul Dravid said that he was initially shocked to see Ganguly take off his shirt and quite funnily added that Bhajji's body might have been a little better than Dada's. 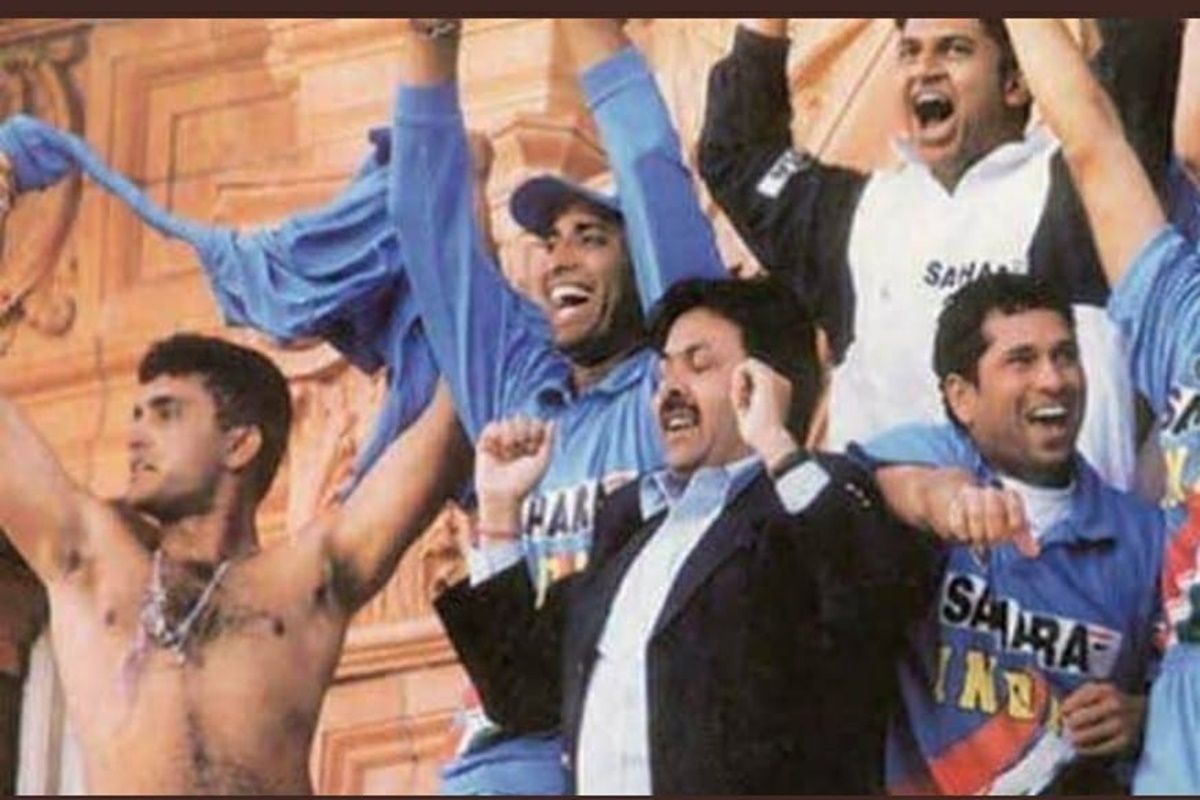 New Delhi: India captain Sourav Ganguly took off his shirt at the Lord’s balcony after India chased a target of 325 to win the NatWest Series final against England in London. The incident that happened 19 years ago is etched in the memory of every Indian cricket lover. Recalling the iconic incident, former India captain and Ganguly’s teammate Rahul Dravid said that he was initially shocked to see him take off his shirt and quite funnily went on to add that Bhajji’s body might have been a little better than Dada’s.

“I was shocked to be honest! I was like what’s Dada up to! What’s going on! Bhajji (Harbhajan Singh) was sitting next to me, and I remember even he wanted to do it. I was pulling his shirt down and holding it, not letting him remove his shirt. Maybe I don’t know Bhajji’s body might have been a little better than Dada’s!” said Dravid.

Former India batsman VVS Laxman revealed that he was initially taken aback but later went on to support that incident.

“Unconventional and fiercely proud, Ganguly wore his heart on his sleeve. And, sometimes, bared it too! Empowering youngsters who went on to do wonders for the country was credit to his great leadership qualities,” Laxman said.

Tuesday (July 13) was the 19 anniversary of that Lord’s win and Ganguly’s wife Dona Ganguly called it a “fantastic gesture” by the Indian captain.

“I think it’s just wonderful because you always break the rule. It’s such a proper place and even Sourav said I shouldn’t have done that, it just came out. But I think it was a fantastic gesture. I enjoyed it! All the Bengalis do!” Dona Ganguly told to KKR.in — the official website of IPL franchise, Kolkata Knight Riders.

India looked down and out in that match on July 13, 2002, having lost five wickets for 146 runs while chasing a mammoth 325/5 posted by hosts England.

But Yuvraj Singh (69) and Mohammad Kaif (87 not out), who were then youngsters, came together in a partnership that eventually won India the match. Ganguly was so excited by this thrilling victory that he took his shirt off and waved it over his head, as retaliation to a similar gesture by England allrounder Andrew Flintoff at the Wankhede stadium after England’s win in the sixth and final ODI in 2002.