Indian fast bowler Bhuvneshwar Kumar has been announced as brand ambassador for a voting awareness campaign in his home city of Meerut.

Indian fast bowler Bhuvneshwar Kumar has been announced as brand ambassador for a voting awareness campaign in his home city of Meerut. Kumar’s state of Uttar Pradesh will go to polls sometime next year (2017) has been chosen as the face to urge the need to vote amongst the masses. Kumar was joined by his father Kiran Pal Singh at the conference, where this was joining of hands was announced at the Bachat Bhawan alongside Meerut district magistrate B. Chandrakala. Bhuvneshwar was happy and felt a sense of responsibility increase over his shoulder. Bhuvneshwar wanted to ensure that people come to vote in huge numbers and make this opportunity count. ALSO READ: IND vs ENG: Anil Kumble backs Hardik Pandya, Karun Nair to fire

Speaking with Times Of India Kumar said,”It is a huge responsibility and I will appeal to all those who are 18 or above 18, to vote. This is a small step that every individual can take for a better future of the country and should ensure to get their voter id cards made on time.” Speaking about Kumar’s appointment as ambassador Meerut district magistrate said,” Kumar is an icon for youngsters and will thus be able to persuade more youngsters to exercise their franchise. I really hope that the youngsters in the city are influenced by him, and get their voter ids made and use them”.

Chandrakala was tweeted pictures from the event alongside Bhuvneshwar.

A press conference in Bachat Bhawan with Indian Cricketer Bhuvnesh Kumar promoting Indian people by appealing them to participate in voting pic.twitter.com/IA3tv4A5vY

Speaking about the same Bhuvneshwar’s father Kiran Pal said that his whole family is happy and proud with son’s appointment. “Everybody in the family is very happy. It is a huge responsibility and all of us hope that he rises to the expectations of all thsoe counting on him,” he added. 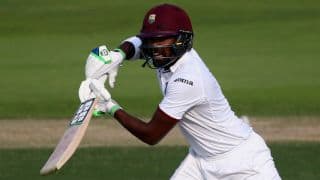 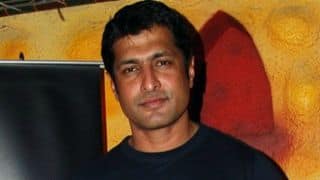