Ian Bell has been dismissed on Day Two of the second Test between India and England at Lord’s. Bhuvneshwar Kumar got him out with one that climbed and took his glove. The ball then lobbed to third-slip, where it was taken. Bell was trying to get his bat out of the way, but then the ball hit the gloves and lobbed in the air. Bell was dismissed for 15.

Joe Root has now come out to bat and he is there with Gary Ballance. The England team had earlier bowled India out for 295 and then they have lost three wickets. 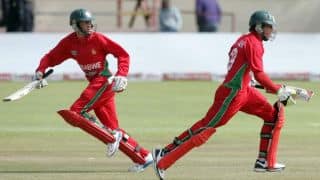