Sydney Sixers smashed their way to an impressive 181 against Adelaide Strikers.

The 50,000-strong crowd at Adelaide Oval were treated to some entertaining cricket in the first innings of the first Semi-final of the 2014-15 Big Bash League (BBL) season. Sydney Sixers smashed their way to an impressive 181 against Adelaide Strikers.

Adelaide Strikers displayed some aggressive bowling upfront. Shaun Tait and Kane Richardson didn’t shy away from using the short-ball. Riki Wessels of the Sydney Sixers even took a blow to the head from a Richardson-bouncer. However, the batsmen were able to overcome the short-bowling and scored at a quick nick.

Nic Maddinson starred for the Sixers, smashing 85 off 48 balls and most other batsmen chipped in with significant contributions which shows on the scoreboard. Michael Lumb started proceedings with a quick-fire 32 off 19 while fellow opener was less explosive, scoring a run-a-ball 24.

If they are to chase the target, the Strikers will have to avoid losing too many wickets. They will have the cheering of their home-crowd to fuel their efforts. It appeared to be a good batting track, like the Adelaide Oval has always been and Strikers will have a real chance if they start of well.

They have two world-renowned big hitters in Brad Hodge and Ryan ten Doeschate in their ranks who will have to step up to the occasion. This will be Brett Lee‘s last match if the Sixers fail to defend their total as he announced earlier that this would be his last BBL season. There is promise for an exciting finish to this match. Let’s follow the second innings to see if it lives up to that promise. 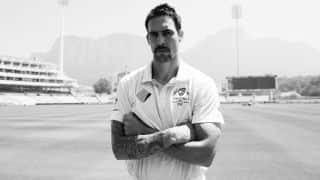 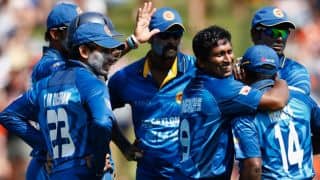