The 37-year-old allrounder is non-committal on whether the BBL will be his final appearance.

At 37, Shane Watson is not ready to predict when he will call time on his cricket career. Retired since international cricket in 2016, when he played the last of his 58 T20Is for Australia, the allrounder remains a prized asset in T20 franchise cricket and this year won his second IPL title with Chennai Super Kings.

Weeks before the beginning of the eighth season of the KFG Big Bash League (BBL), Watson was non-committal on whether this would be his final appearance in front of the Australian public.

“My mind’s open,” he told AAP. “To be able to play in some of these tournaments around the world, it’s so much fun. Also I’ve experienced life outside of cricket. Cricket is what I know better than everything.

“While I can really contribute on the field from a skills point of view, as a senior player and I’m still loving it, my mind’s open to continue to play. But if there comes a point where that real enjoyment is starting to wane and I’m not able to contribute like I know I can, then that’ll definitely be the day.”

ALSO READ: Even without Smith and Warner, Australia can score runs: Watson

Watson was at the centre of Chennai Super Kings’ run to the IPL pennant this tear, scoring 555 runs in the season including an unbeaten century in the final. Having been dumped by Royal Challengers Bangalore after scraping together 71 runs in eight matches in the 2017 IPL, Watson could have thought that his chances of appearing in the tournament again were over, but scoring 331 runs for Sydney Thunder in the last BBL followed by 319 runs in the Pakistan Super League earned him a shot at CSK.

“Physically it’s always been a challenge anyway, so that hasn’t changed,” he said. “From a mindset point of view, I’m on top of my game more than I ever have. From a technical point of view, I’ve been able to play Twenty20 cricket for the last three years which means that’s the only skill-set I’ve been working on.

“In theory, cricket is a skill-based game, your skills should only get better the older you get. In theory you should get better until the physical component comes in and your skills start to go down.” 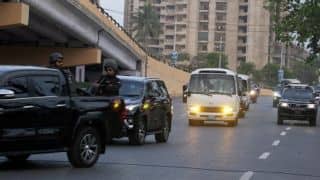