Pakistani players can expect to earn between USD 5,000 to 100,000 in the much hyped Pakistan Super League (PSL) T20 tournament due to begin from March 26. 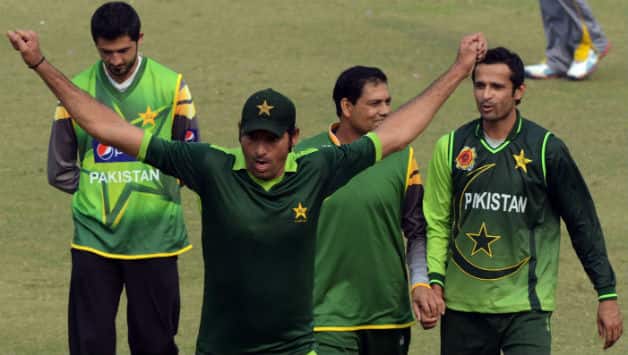 Pakistani players can expect to earn between USD 5,000 to 100,000 in the much hyped Pakistan Super League (PSL) T20 tournament due to begin from March 26.

The members of the national squad that departed for South Africa on Sunday, were told about the money they could expect to earn from the league.

This was after some of them expressed apprehensions that since they would only return home one day before the start of the PSL they would not be able to be involved in the franchise selection and bidding process.

“The board arranged a meeting on Saturday in which the Managing Director of the PSL, Sarwar Salman Butt spoke to the players on video link and assured them their interests would be well taken care off in the process leading up to the league,” one source close to a player told PTI.

“Butt also assured the players that they would be kept informed about all developments including the final list of players which will be available for the bidding process and the bid amount paid for them,” he said.

The source said that Butt had told the players that a list of 75 players would be finalised by the national selection committee for the five franchises to bid from.

“He assured them that their base prices for the different categories, Diamond, Platinum, Gold, Silver, would be respectively USD 100,000, 75,000, 50,000 and 25,000 while base price for emerging players would be between five to 10 thousand dollars,” the source said.

The PSL secretariat has also decided to have a pool of 30 overseas players in the bidding process with each franchise allowed to sign on six players at the maximum.

But until now, neither the PCB nor the PSL secretariat have been able to give out any names of foreign players who might have agreed to take part in the league.

The PCB apparently was upset with the statement made by a senior official of Professional Cricketers Association, the players association in England, that it had told all English counties not to issue NOCs to players to take part in the PSL as they have grave concerns over the security situation in Pakistan.