The Global League had turned out to be a disaster for CSA, but this is going to be different.

Cricket South Africa (CSA) announced on Friday that it will stage a T20 tournament later this year featuring the country’s top players and international stars. South African television company SuperSport will be partners in a deal which CSA acting chief executive Thabang Moroe said would be “the biggest in the history of South African domestic cricket”. A CSA statement gave no details about the format of the tournament, which will be played in November and December.

However, it seems unlikely to be as ambitious as the aborted T20 Global League, which was planned for last season but did not take place. The Global League was to be a city-based franchise tournament, with foreign owners of seven of the eight teams. But it fell through, leading to the departure of then CSA Chief Executive Haroon Lorgat because no television deal and no major sponsors were in place. The Global League cost CSA an estimated R180 million (about $13.7 million or 11.7 million), including compensation payouts to 144 players who had been signed.

Although no details of the number of teams were revealed, it seems unlikely that there will be private ownership of the franchises. Moroe said the owners who had signed up for last year’s league had been refunded their deposits.

If all South Africa’s leading players are to be available, the tournament will have to start in late November because South Africa will play three one-day internationals and a T20 international in Australia, ending on November 17. 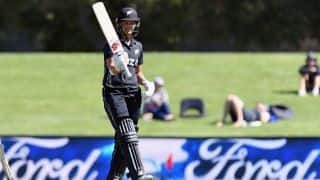