Warner, who had a forgettable tour of England, underlined his class in white-ball cricket.

David Warner celebrated his 33rd birthday in style by registering his maiden Twenty20 International century. The Australia left-handed batsman, who smashed the opposition bowling attack all round Adelaide, arrived at the feat during the first of the three-match T20I series against Sri Lanka on Sunday.

The swashbuckling batsman’s unbeaten 100, which came off just 56 deliveries, helped Australia to a mammoth 233/2. Sri Lanka were restricted to 99/9 handing the hosts a mighty 134-run win.

With his latest century, birthday boy Warner joined Glenn Maxwell and Shane Watson as the only Australians to have notched up international hundreds in all three formats.

?? Happy Diwali to all! @SunRisers https://t.co/4uoYH4vLgd

Warner, who had a forgettable tour of England, underlined his class in white-ball cricket as Australia laid down a ruthless marker for the start of their year-long preparations for next year’s T20 World Cup at home.

Warner’s knock was decorated with eight fours and three sixes in his innings.

He had a forgettable tour of England although Australia retained the Ashes with a 2-2 draw of the five Test series. Warner’s 61 in the third Test was the only time he passed 11 in a series that also featured three straight ducks.

Warner managed just 34 runs besides his 61 at Headingley, which is the lowest total ever from an opener in a 10-innings series. 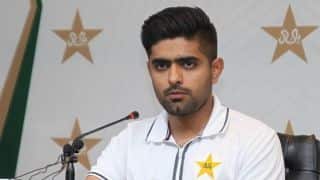