Bollywood fraternity was dealt with a severe blow on today afternoon when superstar, Salman Khan, was convicted on Blackbuck poaching case. He, along with actors: Saif Ali Khan, Tabu and Sonali Bendre, were questioned by the court on Thursday, and the axe fell on Salman. The “Bhaijaan” of the industry was guilty of poaching blackbucks in Kankani village near Rajasthan during the shoot of his much-acclaimed flick Hum Saath Saath Hain (1999). Others, to much surprise, were acquitted of the crime. While many film stars poured their heart out for the actor, cricket fraternity also joined in by the form of Pakistan speedster Shoaib Akhtar.

Really Sad to see my friend Salman khan sentenced for 5 year But the Law must take its course & we got to respect the decision of honourable court of India but i still think punishment is to harsh but my heart goes to his family & fans ..

Am sure he will out soon ..

Salman and his co-stars went for an alleged hunting session during the shoot of the movie and killed two blackbucks. The Bishnoi community, angered by this occurrence filed a complaint against the stars. Khan was also charged for keeping an arm under an expired arms licence but was later acquitted by a trial court.

In a time wherein the Indian cricketers are grouping against Shahid Afridi on his uncalled for “Kashmir tweet”, it is heartening to see an Indian actor get much support from former Pakistani pacer. While many believe that Salman shouldn’t have been penalised on account of his “social services”, some are of the opinion that once guilty, a person has to serve the jail term irrespective of his present change in attitude. 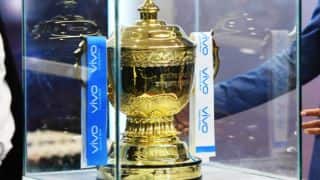