Krishnamachari Srikkanth defended Indian skipper Mahendra Singh Dhoni despite the side losing the first two Tests Down Under. 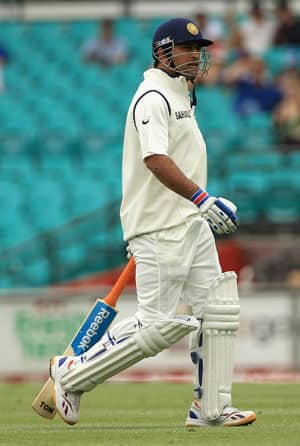 Krishnamachari Srikkanth defended Indian skipper Mahendra Singh Dhoni despite the side losing the first two Tests Down Under.

Srikkanth, who is the Chairman of selectors, blamed the batsmen for the failure.

“Our batting didn’t click. It’s a bit surprising as we were confident of a good show in Australia. But we must admit that Australia have played better cricket than India. There is no point trying to find excuses and we need to move on,” Srikkanth was quoted in the MiD-DAY.

Dhoni has been criticised by former players like Wasim Akram, Ian Chappell and even former Indian skipper Ravi Shastri, for being a defensive captain. However Srikkanth chose to differ.

“Look, when you lose you can give any reason. But Dhoni has been honest enough in not giving any excuses. He has rightly admitted that our batting has not clicked, it has clicked only in patches.”

“This is the best team we have at the moment. Also, there are no injuries. I believe each and every member has accepted that Australia is playing better cricket,” Srikkanth defended.

According to him the reason for failure has been poor batting.

“In South Africa, when we drew the Test series, at least one of our batsmen went on to score a big hundred. Here, our batsmen have got to half centuries but couldn’t convert those into big scores,” Srikkanth concluded.