The match was being played in eastern Nangarhar province as players and spectators gathered for a nighttime tournament.

Rise of cricket in Afghanistan has given joy to millions of households in the country. Stars like Rashid Khan, Mujeeb Ur Rahman and Mohammad Nabi are now household names across the globe. Following their success in limited-overs cricket, Afghanistan have been granted Test status. They are scheduled to play their first Test in a less than a month s time, against India. Sadly, some parts of the terror-laden nation continue to be victims of violence. According to The Times of India, eight cricketers have been reported dead after multiple blasts during a cricket match in the Eastern Nangarhar Province as players and spectators were celebrating the holy month of Ramadan.

Spokesperson Attahullah Khogyani confirmed that around 45 people were injured at the stadium in Jalalabad. No terror organisation has come forward and taken claim to such a barbaric act, but sources say that Taliban insurgents and ISIS are active in the province.

We at CricketCountry pray for a speedy recovery for people injured in the dastardly attack. 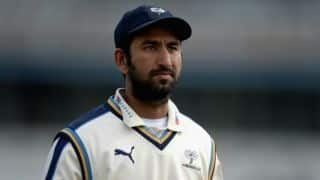