PM Modi says that India's victory at the Blind World Cup has inspired many people.

Prime Minister Narendra Modi said he got “energy” after meeting India’s World Cup winning blind cricket team. “Met the Indian team that won the Blind Cricket World Cup, saw their enthusiasm, it was great. I got energy after meeting them,” he said in his “Man ki Baat” radio address. The team won the 4th One-Day International (ODI) World Cup for the blind in South Africa this month. Modi said the players had not only brought laurels to India but inspired many disabled people through their feat.

India had beaten Pakistan by five wickets in the finals of the Blind World Cup on December 7 at Cape Town, South Africa despite loosing to the same team in the their very first match in the tournament. This was the first time India won the World Cup and they look to get Board of Control for Cricket in India‘s (BCCI) recognition soon. 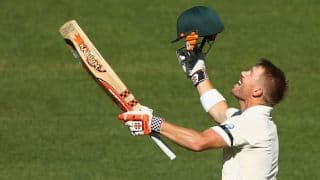