Simpson was a major critic of the controversial decision to axe Simon Katich in 2011.

Former Australian cricketer and coach Bob Simpson has urged the team’s selectors to continue picking players based on merit rather than age, despite a lack of young players in the Test side.

Australia has seven players aged 30 or older in their side, including Chris Rogers and Brad Haddin, both of whom have played important roles in helping their team regain the Ashes urn in the winter series.

According to the Sydney Morning Herald, Simpson said that age should not be a major factor when selecting teams, adding that he believes selectors have to be careful that they do not discard players purely because they have reached a certain age.

Simpson, who was a major critic of the controversial decision to axe Simon Katich in 2011, further said that Rogers has demonstrated that despite his age, he can still lead his team to victory, adding that it is important to analyse a player’s ability to get wickets, runs and take catches instead of just being influenced by styles.

Simpson, who coached the national team from 1986-96 and oversaw Australia’s rise to the No.1 Test nation in the world, also said that more than youth and natural talent, a team needs players who still enjoys the game despite their age. 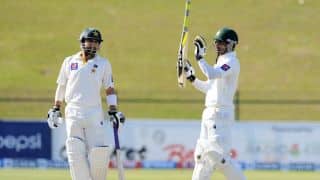