It was the end of an era when veteran Indian pacer Ashish Nehra announced his retirement from international cricket.

It was the end of an era when veteran Indian pacer Ashish Nehra announced his retirement from international cricket. He played his final game on Wednesday against New Zealand in the first of the three-match T20I series at the Feroz Shah Kotla Stadium in New Delhi, which India won convincingly by 53 runs. Following the match, Nehra was given an emotional and a fitting send off, as he was also given a lap of honour by his Indian teammates, especially by his Delhi teammates Virat Kohli and Shikhar Dhawan. Moreover, apart from the cricketing fraternity, it was also the Bollywood fraternity, who wished the pacer for his future ahead. FULL CRICKET SCORECARD: India vs New Zealand 2017-18, 1st T20I at Delhi

Following are the messages the celebrities tweeted:

Thank you Ashish Nehra : for all the amazing cricketing moments. Wishing you my best your future endeavours. https://t.co/ekqmjjCX1A

See you around, the ever smiling, ever competitive underdog of a giant, Ashish Nehra.. #NehraJi #ThankYouNehraJi pic.twitter.com/fL6kuVMaL6

Hats off to the great #NehraJi & his career, you are truly an inspiration to millions, you will be missed, thank u for your incredible game.

All the best #NehraJi for the future! Thank you for your love for the game and your contribution to #TeamIndia. #Champ

Will miss you Nehra ji!! pic.twitter.com/6yRojDNF8Z

Meanwhile, Nehra has mounted a stinging counter-attack on chief selector MSK Prasad for his comments on the seamer s retirement, saying he started playing without the selectors permission and is leaving it likewise. Nehra walked into cricketing sunset yesterday after an 18-year injury-ravaged international career, which had witnessed many highs and lows. I heard this, Nehra said when asked about Prasad s comments that he was not going to be considered for selection beyond the New Zealand T20Is. as reported by PTI. 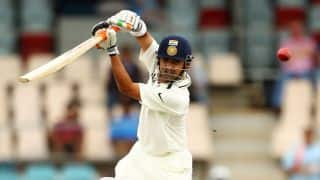