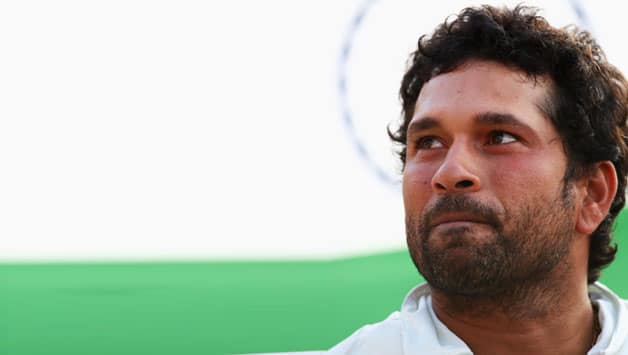 The book named ‘Pankaj, Bengal’s Forgotten Hero’ has been written by Bengali sports journalist Gautam Bhattacharya and has been edited by late cricketer’s son Pranab, who had also played couple of Test matches and had been a national selector.

“I never met him (Roy). But I’ve heard a lot of stories about his contribution to cricket.Sachin Tendulkar said that it was an honour to launch a book written on the Late Pankaj Roy Getty Images,” Tendulkar said after unveiling the book.

Pankaj Roy had played 43 Tests for India in a span of 10 years scoring 2442 runs with five centuries. However he will always be remembered for the record 413-run opening partnership with Vinoo Mankad against New Zealand in 1954-55.

He also captained India in a Test match in England in 1959.

Tendulkar released the Bengali edition of the book, while the English edition was unveiled by Ganguly and current skipper Mahendra Singh Dhoni.

Roy was inarguably the greatest cricketer from Bengal before Ganguly arrived and the stylish left-hander admitted that he grew up idolising the man who had taken on the likes of Roy Gilchrist and Charlie Griffith during his heydays.

“There were no helmets during those times and as an opening batsman, he faced all the world class fast bowlers. 10 runs scored during that time would be equivalent to 20 runs today (because of the helmet factor),” he said.

“During those days, there wasn’t this big a media coverage so not many people knew about him. But we (in Bengal) grew up idolising him,” Ganguly told the gathering.

Dhoni, who made his ODI debut when Roy’s son Pranab was the East Zone selector, also remembered about him.

“I was not fortunate enough to meet him but I know about him from my U-19 days through his son (Pranab Roy).”

Pranab, who is now a BCCI match referee recollected how his father used to get excited when he watched Tendulkar’s straight drive.

“He always watched it with contentment and a smile his face. He was really proud of Tendulkar and Ganguly,” Pranab said.

Meanwhile, Apollo signed a pact with Yuvraj Singh Foundation under which they would screen one lakh odd people to diagnose and treat cancer.