Mickey Arthur, a South African, the first foreigner to hold the post of Australian coach, was sacked on the eve of the Ashes series in 2013 and replaced by current coach Darren Lehmann.

Former coach Mickey Arthur Thursday slammed Australia’s players as “boorish and arrogant” and accused them and governing body Cricket Australia of being unwilling to improve the culture within the game.

The South African, the first foreigner to hold the post, was sacked on the eve of the Ashes series in 2013 and replaced by current coach Darren Lehmann.

Now coaching Pakistan, he said the ball-tampering scandal in South Africa, which saw captain Steve Smith and vice-captain David Warner banned from all international and domestic cricket for 12 months, was the culmination of years of inaction.

“Despite generational change, independent reviews and too many behavioural spot fires to list, Cricket Australia and the national team had demonstrated no real willingness or desire to improve the culture within their organisation from season to season,” he wrote on www.playersvoice.com.au.

“I have been bitterly disappointed watching the Australian cricket team over the last few years. The behaviour has been boorish and arrogant.

Arthur, who was the national coach from 2011-2013, said he had tried to change the culture within Australian cricket but was not able to.

The 49-year-old added that he was not blameless and there were decisions he had made during his time that he would change.

Arthur’s tenure was marked by the so-called “homeworkgate”, when four players were banned for one Test for failing to complete a written task set during a disastrous tour of India in 2013.

Arthur said when he was in charge, he found the cricketers “were a law unto themselves” and the homework affair was a “microcosm of a problem that remains with the Australian team to this day: the sense of entitlement among the players”.

He welcomed the sanctions against Smith, Warner and Cameron Bancroft, who was banned for nine months, saying Cricket Australia “needed to make a stand”.

“Australian cricket has been in an ivory tower for too long. They had to take decisive action. If they didn’t, things would inevitably return to the way they had been and another major incident would’ve been inevitable,” he added.

Lehmann, whose long-term future as coach is in doubt amid a Cricket Australia-commissioned independent review into “the conduct and culture” of the team, told reporters in Johannesburg that Australia needed to change its approach.

“The thing for me would be if we take a leaf out of someone like say New Zealand’s book, the way they play and respect the opposition,” the Australian said. 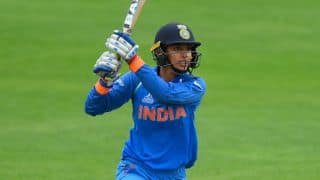 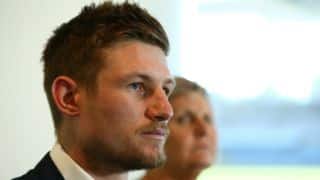