Botham on top of the world after England success

Botham on top of the world after England success

Former captain Ian Botham on Monday revealed he was always at the receiving end of banter from fellow commentators because of England's poor performance but with the hosts becoming the number one Test team, he can now feel very proud of being an English. 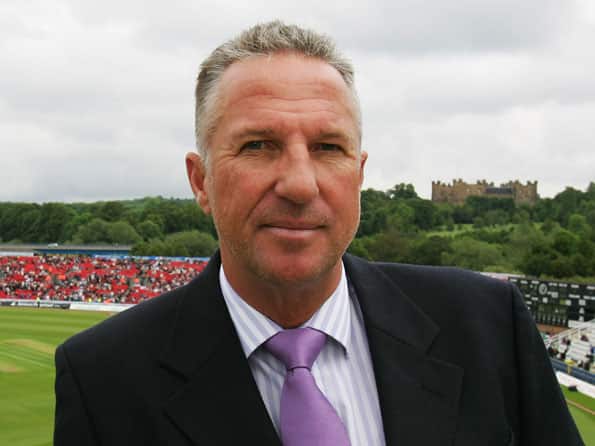 Sir Ian Botham said England have earned the right to be No. 1 in Tests by playing best cricket Getty Images

Former captain Ian Botham on Monday revealed he was always at the receiving end of banter from fellow commentators because of England’s poor performance but with the hosts becoming the number one Test team, he can now feel very proud of being an English.

“There were times when I would arrive at grounds all over the world to commentate and be given short shrift by my fellow pundits from rival countries. They would enjoy a bit of mickey-taking and old-fashioned banter because my team were being soundly beaten on a regular basis,” Botham wrote in his column in ‘Daily Mirror’.

“Even though I hoped things would change, they did not for a long time. I’d have to leave grounds out of a back or side door to avoid abuse from the crowds ?- both English and opposition – as they vented their frustrations or laughed at another poor performance by our boys.

“But that has all changed and for the first time since the rankings began we are ?officially the best Test team in the world,” he added.

One of the finest all-rounders of all time, Botham feels England’s ascendancy to the number one status is about the home team’s brilliance rather than India’s listless performance.

“England are No.1 for a reason, they have been magnificent now for more than two years and their success should run and run. They will never get bored ? no one gets bored of winning,” Botham said.

“I don’t want to hear how poor India have been or how world cricket is at a lower standard than ever before.

“There was nothing poor about Sachin Tendulkar and Yuvraj Singh chasing down 380-odd two-and-a-half years ago. Nor was there anything poor about Dale Steyn & Co giving it everything they had just over a year ago.

“England have earned the right to be No.1 and they have done it by playing the best cricket. It is not about other’s failings, it is about England’s brilliance. And thanks to the best team in the world, I can walk in and out of grounds with my chin up and my chest out,” he added.

The 55-year-old English icon said England’s reign at the top will last for at least a few years if not more as undoubtedly they are the best side in the world now.

“I believe they have been on top for a while with the sort of cricket they played in Australia, and I don’t need a table to tell me how good a team is in comparison to others, but now it is in black and white.

“There is no more debate to be had ? they are the best.

The only question to be asked now is how long will they stay at the top.

“I have no doubt that it will be for at least a few years, if not for the sort of time enjoyed by the great West Indies and Australian sides of their eras.

“That type of record is a long way off and it will take some doing to get themselves into that category,” he added.(PTI)

Kallicharan's son disappointed with treatment given to father