T. Vamshi Krishna died while playing cricket when he was hit by a ball on the chest.

According to police, the boy was playing with other children in the neighbourhood on Thursday evening when he was hit on the chest by a powerful shot played by a boy.

The child collapsed on the ground. He was shifted to a nearby hospital, where he died while undergoing treatment. Vamshi’s parents complained to the police that negligence by a 14-year-old boy, who was batting, led to their son’s death.

The news comes just days after the tragic demise of Bengal Under-19 cricketer Ankit Keshri and is sure to rock the nation and raise concerns over safety in sport. Ankit Keshri was a talented cricketer and in the scheme of things 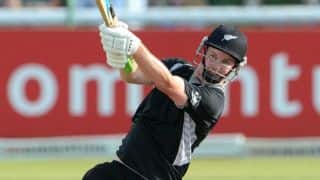