Ireland pacer Boyd Rankin has confirmed his exit from England county club Warwickshire after being contracted to them for 11 years.

Ireland pacer Boyd Rankin has confirmed his exit from England county club Warwickshire after being contracted to them for 11 years.

The 28-year-old will now play in his country’s Inter-Provincial series for North West Warriors having penned a full-time contract.

Rankin holds the distinction of having played Test cricket for two different countries. After turning out for Ireland from 2007-2012, the 6’8″ bowler declared to play for England playing one Test, 7 ODIs and two T20I for them.

He then returned to play for Ireland in 2015 and went on to be part of the country’s inaugural Test against Pakistan where he became their first wicket-taker in the format.

“I have absolutely loved it,” Rankin, 34, said. “I have been really lucky to spend 15 years in county cricket and 11 at Warwickshire. It was with the Bears that my career really took off. When I came to England I was all over the place. I was unfit and didn’t really understand what was needed to be a professional cricketer.”

Rankin moved to Warwickshire from Derbyshire in 2008. “Mike Hendrick, at Derbyshire, got me moving in the right direction and then I joined the Bears and I owe the bowling coaches I worked with there so much. It has been brilliant to play on the world stage for 10 years and they take a lot of credit for that. I would never have dreamed that I would play for England in all formats,” he said. 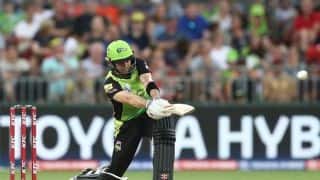 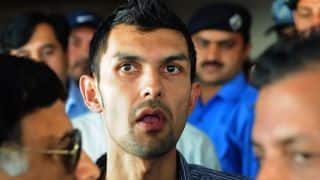