Gayle was dropped on 22 by Shakib went on to score a scintillating century on the Final which included 5 fours and 18 sixes.

Put to bat first by Dhaka Dynamites, Rangpur Riders posted a total of 206 for 1 in 20 overs. A 201-run partnership between Chris Gayle (146*) and Brendon McCullum (51*) helped Riders post a huge total. Dynamites had bowled well in the first 5 overs and restricted Riders to 20 runs for the wicket of Johnson Charles. Shakib Al Hasan’s second over was actually a wicket-maiden.

Unfortunately, Shakib dropped Gayle when the latter was on 22. Gayle went on to score a scintillating century on the final which included 5 fours and 18 sixes. Gayle s 146 is the new record for highest score in a BPL match; he surpassed his own record of 126 runs. Shakib miscalculated: he conceded only 7 runs in his first 2 overs but bowled only one more, the 20th.

Dhaka have a huge total to conquer if they want to retain their title, whereas the Riders look forward to win their maiden title. 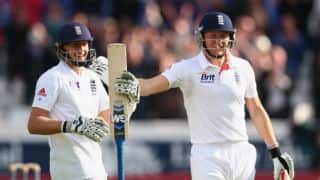 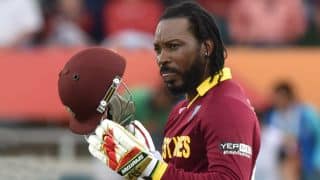