The 5th edition of the Bangladesh Premier League (BPL) T20 will start on 04 November 2017 instead of 03 November 2017 according to a revised itinerary. The tournament kicks off in Sylhet with the city hosting BPL matches for the first time. The Sylhet International Cricket Stadium (SICS) will mark its debut as a BPL venue with the introduction of local franchisee Sylhet Sixers who will take on defending champions Dhaka Dynamites in the opening match of the seven-team competition. This season s BPL will be played in three cities Dhaka, Chittagong and Sylhet. The final will be on 12 December at Dhaka s Sher-e-Bangla National Cricket Stadium. 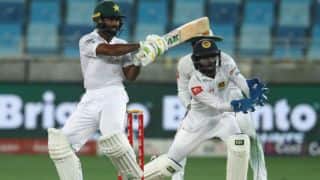