Dhaka Dynamites have already qualified for BPL 2017 final on Tuesday.

The second Qualifier of the 2017 Bangladesh Premier League (BPL) was disrupted with persistent rains. Only seven overs were possible. Rangpur Riders and Comilla Victorians’ tie will resume on Monday. The winner will take on Dhaka Dynamites in the final.

Electing to bowl, Comilla Victorians removed Chris Gayle for 3. However, Johnson Charles went bonkers, looking set for a big score. At 55 for 1 in 7 overs, the match was in the balance. Victorians had the big fish Gayle, and Riders were kept in the hunt courtesy Charles’ unbeaten 46 (4 fours and sixes).

Amidst Charles’ blitz, weather gods cast their spell. What followed was a prolonged halt due to rains. The covers were on and were later removed as well, but wet the outfield kept the proceedings at bay. There was a total chaos as groundsmen, cameraman and security officials were involved in animated discussions. In addition, rumours had it that the knockout could be reduced to a 5-over contest.

After hours were wasted due to drizzle and the light-roller flattening the outfield, the verdict came. The match will resume with Riders reeling at 55 for 1 on Monday evening.

If the match is called off tomorrow as well, the highly ranked side in the group stage will lock horns with Dynamites in the summit clash. In this case, Tamim Iqbal-led Victorians will make the cut.

Tamim Iqbal: “We need to play and our aim is to win. Any other team in our place would have done the same thing. It’s nice that we are playing again. Whoever wins, we will take it.”

Mashrafe Mortaza: “Matches like Qualifiers deserve reserve days. Both parties agreed and we will continue tomorrow. We have a tri-nation series coming up and we don’t want any injuries to our players.”

It is fair for both sides, especially Riders who have upped their game lately to enter the final by virtue of a complete game. Such encounters deserve a reserve day. 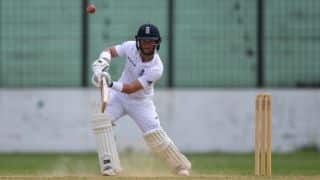 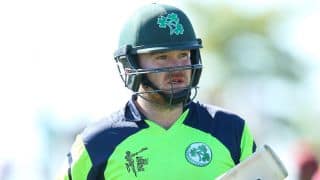