The third match of the Bangladesh Premier League was all about banned Australia cricketers Steve Smith and David Warner as it pitted the two players against each other. But in the end, it got to be known a certain Shahid Afridi, whose unbeaten 25-ball 39 led the Smith-led Comilla Victorians to a four-wicket win over Sylhet Sixers, captained by Warner.

As for Smith and Warner, they had a lukewarm start to their BPL campaign getting out without a major contribution. Chasing 131 to win, Comilla were 83 for 5 in the 15th over, when Afridi took centerstage, and he finished the game off the penultimate ball of the match striking a boundary off spinner Alok Kapali.

With 37 needed off 24 balls, Afridi brought the equation down by hitting a six and a four off Mohammad Irfan, despite losing Tamim Iqbal, run out for 35 in the same over. Taskin Ahmed was dished out the same treatment and Victorians needed 12 off the last two overs. A tight over from Al Amin Hossain made it four off six, and although it boiled down to the final two deliveries of the match, Afridi calmly swept the spinner to seal the match.

The run chase was a bit wobbly as Hossain and Irfan removed Evin Lewis and Imrul Kayes (0 off 4) to leave the Victorians at 21 for 2. Smith walked in and found the going tough scoring 16 off 17 with one boundary before Hossain dismissed him caught behind. Shoaib Malik laboured his way to 13 off 20 balls before getting out to Sandeep Lamichhane. Even Tamim had to be tied down – his 35 coming off 34 balls with a four and a six. And although the Sixers sniffed an opening, Afridi’s fireworks prevented them from breaking the door down on their opposition.

This was still a better start from the Victorians, for Sixers’ top order was blown away. Whole Warner was unfortunate to get run out for 14 after a terrible mix-up, Das, Towhid Hasan, Sabbir Rahman were back cheaply to leave the score to 56 for 5. It was then left to Nicholas Pooran, whose 41 off 26 balls, and a partnership with, to offer respite to the Sixers.

However, having hit five boundaries and two sixes, the West Indian fell to Saifuddin in the 18th over before the Sixes crawled to score 19 off the final 15 balls to give them a respectable total. Hasan, Mohammad Shahid and Saifuddin picked two wickets each. 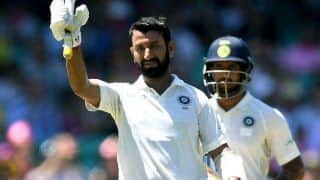 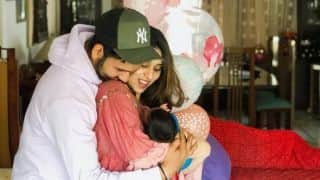