Australian vice-captain Brad Haddin has said that although the new generation "Gen Y" of cricketers in the team are talented, they needed to prove their talent and show that they are as hungry as their predecessors. 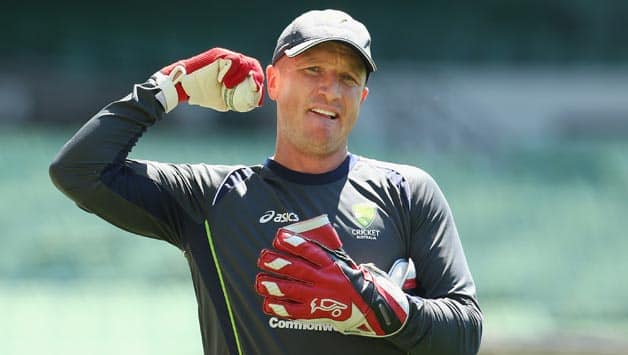 Australian vice captain Brad Haddin has said that although the new generation “Gen Y” of cricketers in the team are talented, they needed to prove their talent and show that they are as hungry as their predecessors.

The veteran wicketkeeper has been recalled as captain Michael Clarke’s deputy for the Ashes, as Australia attempt to overcome a leadership vacuum, and has earned respect throughout his career by being a tough, forthright and honest team man, the Sydney Morning Herald reports.

Stating that he does not believe that the new players in the side are any more difficult to manage than rookies from the golden age of cricket that he grew up in, Haddin said that even though team culture has been attacked after a string of off-field misdemeanours, he believes that the present batch coming through are more gifted than their predecessors.

However, Haddin agreed that the side effects of that appears to be a concern over the youngsters putting in the hard yards, and called on Gen Y to show a desire to make their talents count and learn what works for them to help in Australia’s chase for a return to the pinnacle of Test cricket. Haddin further said that the job of the young players is to turn their talent into being consistent cricketers and winning games for the team, adding that although young players are more brash and outgoing than in previous eras, but they share the same fears and vulnerabilities as any cricketer has.

Meanwhile, Haddin has said that his chief aim as a leader is to make those around him better, adding that there is no point in being honest with a player if one has no substance behind the honesty. The cornerstone behind any success Australia has this Ashes series will be Clarke’s relationship with Haddin, who claimed that both of them have a honest relationship with each other.