Haddin's six dismissals ensured his name would find a place in the record books.

Brad Haddin finished with six catches on Day Two of the second Test between India and Australia at The Gabba, Brisbane, thereby equalling an Australian wicketkeeping record, joining names like Wally Grout, Rod Marsh, and Ian Healy. Haddin’s six dismissals — all catches — ensured his name would find a place in the record books for most catches in an innings, something his illustrious predecessor Adam Gilchrist was unable to achieve. 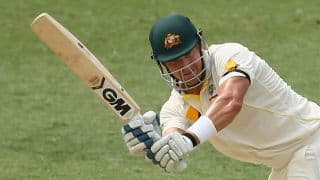