Haddin has been a regular member of the side since the retirement of the legendary Adam Gilchrist.

Born on October 23, 1977, Brad Haddin celebrated his 37th birthday on Thursday. The Australian wicketkeeper-batsman has been a regular member of the side since the retirement of the legendary Adam Gilchrist. Now a veteran of over 50 Tests and over 100 One-Day Internationals (ODIs), Haddin made his Test debut a full seven years after his ODI debut.

Haddin made his ODI debut in 2001 against Zimbabwe at Hobart, while he made his first appearance in Tests in 2008 at Kingston against West Indies. His first Twenty20 International (T20I) came in 2006 against South Africa at Brisbane. While Haddin isn’t quite in the same league as Gilchrist with the bat, he has the ability to score quickly and also play gutsy knocks under pressure. 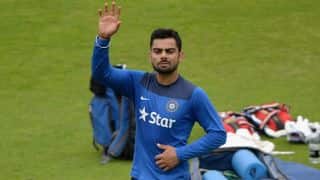 Virat Kohli and other cricketers wish Happy Diwali on Twitter 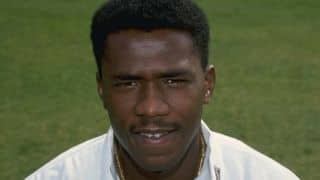