Police are investigating an explosive device they recovered outside Haddin's house.

Police are investigating an explosive device which they recovered from outside Brad Haddin‘s Sydney property but have asserted that the device was randomly discarded and had nothing to do with Haddin or his family. They also dismissed the device as unsophisticated. ALSO READ: Brad Haddin’s daughter hospitalised

“There is nothing at this time to indicate this incident is anything other than random,” Ryde Local Area Command Superintendent John Duncan was quoted as saying by cricket.com.au. “The item is not sophisticated,” he added. ALSO READ: Michael Clarke expects Brad Haddin to play again in the series

“All the indications at this stage of our investigation suggest that whoever had possession of this item has discarded it on the nature strip. I urge anyone with information about unusual or suspicious activity in the area yesterday to contact police or Crime Stoppers immediately.”

Haddin is currently in England with his family on the Ashes 2015 tour which in all likeliness his concluding Test series. However, he withdrew from the second Test match due to “personal” reasons, which is widely thought to have something to do with his daughter Mia’s health.

Commentators Mark Taylor and Ian Healy confirmed on second day’s play that indeed Mia was in hospital. Mia has previously been diagnosed with neuroblastoma, which is a rare form of childhood cancer. 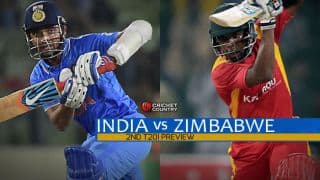 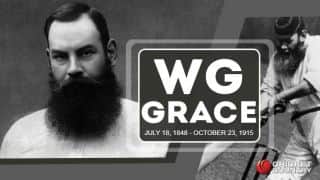