Hogg has backed Rohit Sharma and Virat Kohli to open the innings. New Delhi: Former Australian chinaman spinner Brad Hogg has picked India’s ideal playing XI for the upcoming T20 World Cup in which he backed Indian captain Virat Kohli and vice-captain Rohit Sharma to open the innings together. There is no doubt that Rohit Sharma is going to be India’s first-choice opener in the T20I showpiece.

On the other hand, Virat Kohli hasn’t opened a lot while playing for the national team but has the experience of opening the innings for Royal Challengers Bangalore in the IPL. Hogg picked Suryakumar Yadav to bat at number three in the batting order.

Hogg said on his YouTube Channel, “My Indian team going into the T20 World Cup would have Virat Kohli and Rohit Sharma opening the batting. I might be a bit harsh on Shikhar Dhawan but they need some attacking players in the middle-order and so they need to push Kohli up the order.”

Hogg selected KL Rahul to bat at number four, as he has done a good job in the shortest format of the game. Rishabh Pant, Hardik Pandya, and Ravindra Jadeja take the number five, six, and seven slots respectively in the batting order for Hogg.

“Coming in at No.5 is Rishabh Pant and I would keep him as a floater. If there is a wicket falling in the seventh over, I would send him up the order at dominate against spin. I would have Hardik Pandya at No.6 and Ravindra Jadeja at No.7.”

“If Kuldeep Yadav does well in Sri Lanka, having a left-arm wrist-spinner could be a point of difference. But at the moment, Chahal is the number one spinner. Someone like a Thakur could get an opportunity due to his explosive batting and he is also good in the powerplay and at the death. Then you got Bhuvi and then Bumrah,” Brad Hogg signed off. 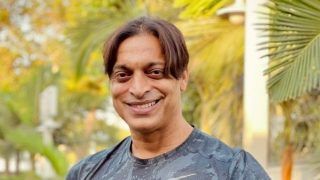 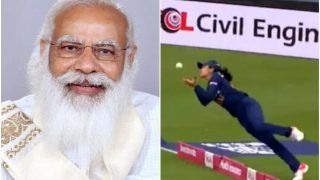