The Board of Control for Cricket in India (BCCI) is likely to ask Sachin Tendulkar to retire after his 200th Test against West Indies in November. 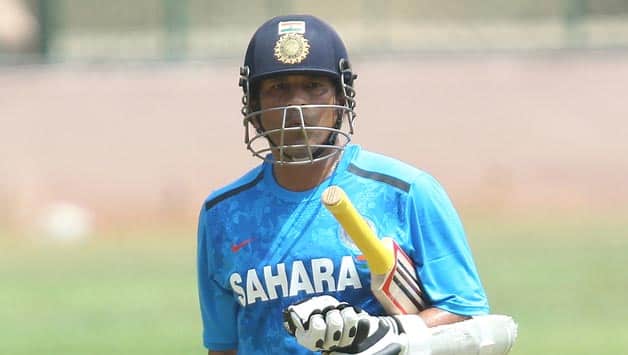 With the controversies surrounding the BCCI, the Board has not revealed the messenger who will approach Sachin Tendulkar over his Test retirement © IANS

The Board of Control for Cricket in India (BCCI) is likely to ask Sachin Tendulkar to retire after his 200th Test against West Indies in November.

According to a Mumbai Mirror report, sources within the BCCI have confirmed that since Tendulkar has not given any indication of announcing his Test retirement, he will be asked by the board to make way for younger blood. However, given Tendulkar’s experience and seniority, the officials are in a puzzle to who could take up the topic with the batting maestro.

The report mentions that, it will be a BCCI administrator and not the selectors who are likely to raise the topic. The top BCCI official who spoke to the newspaper has said that the selection committee cannot drop him as long as he keeps himself available for the selection.

“At the same time his batting frailties have become too stark to ignore. He could not face a bowler like Monty Panesar in home conditions. He was further exposed in the series against Australia. Now the tricky bit is who will let him know this,” said the source.

With controversies surrounding the BCCI over N Srinivasan and his presidential post, the messenger who will approach Tendulkar has been kept under the carpet. Even the re-elected BCCI President Srinivasan refused to comment. The report states that, the overwhelming impression at the Annual General Meeting was that Tendulkar, aged 40, is well past his prime and hasn’t been scoring well.  He is yet to score a century overseas since he scored 146 against South Africa at Cape Town in 2011.