Adding to Zimbabwe s hopes of competing hard are Kyle Jarvis and Solomon Mire, who have recovered from injury setbacks.

The experienced trio of Brendan Taylor, Craig Ervine and Sean Williams has been named in Zimbabwe s full-strength Test and ODI squads for the tours of Bangladesh and South Africa from September to November.

The offspinner John Nyumbu, who last played an ODI in 2015 and a Test in 2016 is part of the ODI and Test squads to tour Bangladesh.

Former Zimbabwe captain Taylor, Willams and Ervine missed Zimbabwe s home T20I tri-series against Australia and Pakistan over the ongoing player-board fracas over non-payment of salaries. In late July, after Zimbabwe Cricket received funds from the ICC to ensure outstanding player and staff dues were paid, Taylor made himself available for selection. Zimbabwe s players had been waiting for salaries for four months along with match fees backdates to August 2017.

In Bangladesh, Zimbabwe will play ODIs on October 21 in Dhaka and on October 24 and 26 in the port city of Chittagong. The first Test is slated for November 3-7 in Sylhet and the second in Dhaka from November 11-15.

Nyumbu and Musakanda will replace Murray and Kamunhukamwe in the ODI squad, with Cephas Zhuwao also joining the side in Bangladesh. Zimbabwe s Test squad includes Brian Chari and Regis Chakabva. 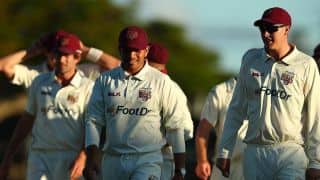 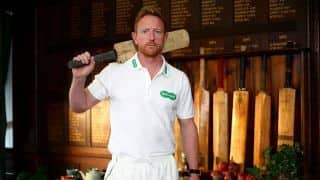