Brendan Taylor continued his excellent form against New Zealand with an unbeaten half-century on Thursday. Zimbabwe went to lunch on 193 for three, still 233 runs behind New Zealand's first innings total of 426, with captain Taylor on 50 not out. 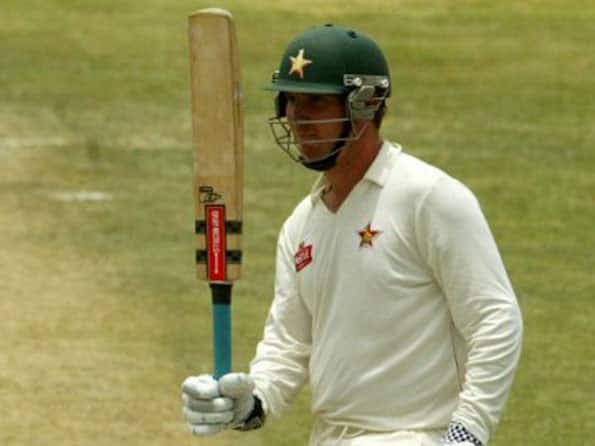 Brendan Taylor continued his excellent form against New Zealand with an unbeaten half-century Thursday on day three of their Test, after Vusi Sibanda had fallen seven runs short of a maiden Test century.

Zimbabwe went to lunch on 193 for three, still 233 runs behind New Zealand’s first innings total of 426, with captain Taylor on 50 not out.

Taylor, who made a record 310 runs in the three one-day internationals against New Zealand, looked shaky early on as he struggled to get his feet moving, and survived a couple of tight lbw decisions in the morning session.

He came to the crease just two overs after Zimbabwe had resumed on 82 for one, as Hamilton Masakadza was bowled by Doug Bracewell for his overnight score of 22.

Taylor put on a 76-run partnership with Sibanda – the highest third-wicket stand for Zimbabwe against New Zealand in Tests – as the pair went after offspinner Jeetan Patel, who at one point conceded 35 runs from three overs.

Sibanda had batted confidently throughout the morning, but threw away his wicket with three figures in sight when he attempted to cut a delivery from part-time seamer Dean Brownlie and was caught at gully for 93.

The dismissal was Brownlie’s first wicket in any form of cricket, and denied Sibanda a potential first Test century in his sixth match.

Zimbabwe recovered well from the setback as Tatenda Taibu hit 19 not out in an unbroken stand of 34 with Taylor.( AFP)

Dilshan, Sangakkara add misery on Pakistan on day one