Neil Wagner led New Zealand to a 40-run win over India at Auckland.

Brendon McCullum, who was named as the Man of the Match for his brilliant innings of 224 in the first innings, heaped praise on pacer Neil Wagner for bowling superbly in the first Test against India at Auckland.

McCullum’s innings had propelled New Zealand to 501 in the first innings and though MS Dhoni’s side looked set to hunt down a record run chase, it was the New Zealand bowlers led by Wagner who ensured that the home team were winning a close contest after surviving some tense moments.

Wagner shone for the hosts with his four wickets in the second innings and McCullum admitted that the pacer definitely was a huge factor in New Zealand winning the Test match, as reported by Times of India.

“He hasn’t had a lot of luck in the last 12 or 18 months in terms of getting wickets but I think he thoroughly deserved those wickets today. He probably turned the game. … I think [his] performance typified everything that was going well for the side and I was delighted that he got some rewards,” said McCullum of Wagner. 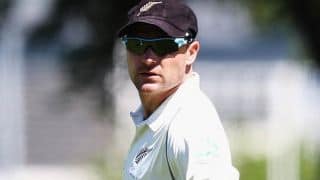 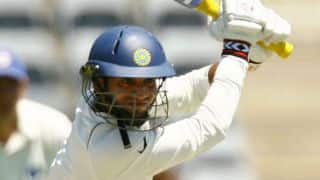