Kolkata Knight Riders (KKR) batsman Yusuf Pathan has expressed delight over the inclusion of the explosive Brendon McCullum in the team. 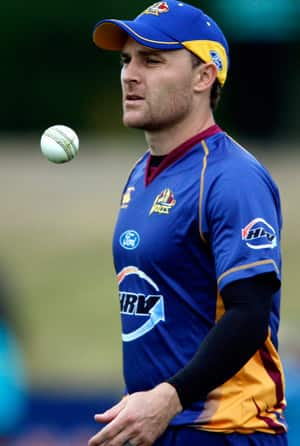 Kolkata Knight Riders (KKR) batsman Yusuf Pathan has expressed delight over the inclusion of the explosive Brendon McCullum in the team.

Pathan who is an aggressive batsman himself will be joined by another head-turner — New Zealand’s Brendon McCullum — in the KKR ranks.

The Kiwi wicketkeeper-batsman was won back by his previous franchise, KKR for US$900,000 at the auction held in Bangalore on Saturday.

Yusuf expressed his excitement to play alongside McCullum. “He will be a great boost to the team. He can score runs quickly at the top of the order and can keep wickets – an asset to any team. His inclusion will surely make KKR more formidable,” Yusuf was quoted in MID DAY yesterday.

The senior Pathan rates the Kiwi star as one of the best hitters of the ball. Pathan witnessed some of his devastating batting when India toured New Zealand in 2009. “Not only in T20s, Brendon is one of the most dangerous batsmen and is good for any format. I welcome him to the squad,” Pathan said.

Pathan also felt that McCullum’s presence will add variety to their team’s batting line-up. “Since he was a KKR for three years, he won’t take much time to adjust. We have Gauti (Gambhir) and Jacques Kallis. Brendon will also give us more options and variety,” he felt.