Fleming also believes the success can be a boon for players too who maybe offered lucrative contracts.

Christchurch: Former New Zealand batsman Stephen Fleming hopes Brendon McCullum – the current skipper – would continue being at the helm until the end of the ICC World Twenty20 in 2016.

The former skipper believes McCullum has led the side by example and should continue with the good work that he has been crafting along with coach Mike Hesson.

“I hope he opts to carry on in charge of the side across all formats for the foreseeable future. He has lifted the Black Caps up by their bootstraps – remember the first match after he was appointed Test captain saw the side bowled out for 45 against South Africa in Cape Town – and he ended the World Cup with his position water-tight.

“He is a positive leader who leads by example and although Kane Williamson is regarded as the next cab off the rank in terms of captaincy, it would be ideal if McCullum stayed on to continue the work he and coach Mike Hesson have begun, at least until the end of that ICC World Twenty20 at the earliest,” Fleming wrote in a column for the International Cricket Council website.

The 42-year-old former left-hand bat said the team’s success in the World Cup where they finished runners up has paved the way for New Zealand Cricket‘s (NZC) administrators to negotiate and find suitable commitments for the national team.

“We have to hope the team’s success and the fact its profile has now grown in a major way will provide New Zealand Cricket’s (NZC) administrators with more clout around negotiating future commitments for the national side.”

“I say that because there is no doubt our relationship with our nearest neighbour Australia has got out of kilter. We simply have not been playing them often enough and although we have those home and away Test series against them next summer and I understand there is talk of more Chappell-Hadlee matches in the future, it is a situation that longer term needs to change.”

The ideal would be for the World Cup to be a starting point for a renewed on-field rivalry, much as was the case for Australia and South Africa following their matches in the 1999 tournament, but the best way for New Zealand to make the case for more matches against the higher-profile sides more often is to keep winning. Nothing succeeds like success.

Fleming also believes the success can be a boon for players too who maybe offered lucrative contracts in leagues around the world in turn helping them having a sound career.

“And that can have spin-offs for the players, too, not just in more and more high-profile international cricket but also, if they perform well, with lucrative contracts in the Indian Premier League or the Caribbean Premier League, for example.”

“Opportunities like those are important not just for the players but also for NZC too as they can serve the duel purpose of offering players exposure to different conditions and high-quality opponents while at the same time ensuring those players are also financially secure,” he said.

“And that is important because although NZC is in a sound financial position it is no India, England or Australia in terms of the size of its cheque book, but another positive spin-off of the World Cup run could be the possibilities it opens up for greater commercial opportunities, both at home but also, significantly, abroad.” 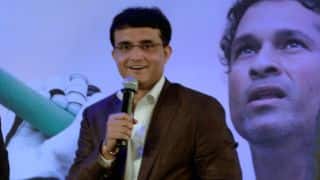 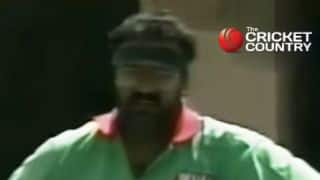