New Zealand all-rounder Corey Anderson struck a 38-ball 50 for Mumbai Indians (MI) against Rajasthan Royals (RR) in a losing cause in the Indian Premier League (IPL) 2015. MI slumped to their third continuous defeat in as many matches and must win the next few matches to stay alive in the tournament.  IPL 2015: Kieron Pollard feels Mumbai Indians should change their strategy

He believes that Brendon McCullum, Trent Boult and Tim Southee have performed well due to the tournament due to their excellent show in international cricket, according to iplt20.com. Mumbai Indians’ twin malady in IPL 2015

“We were lucky we did well in the World Cup and got a lot of success. It is showing in the performances of some of the New Zealand players in this tournament – Baz [Brendon McCullum] is hitting hundreds, Timmy ([im Southee] is bowling pretty well and he hit the winning runs the other day, Trent [Boult] has been picking wickets. It is a reflection of how we have been going in international cricket over the last year or so. It is nice to see the Kiwis putting their stamp on to this tournament,” said Anderson. RR vs MI, IPL 2015: Rohit Sharma laments poor start with bat and calls for discipline

Anderson believes he has managed to adapt well in the IPL after making his debut for MI in 2014. “There is a fear of the unknown when you first come in and there is a bit of craziness around the IPL. When you come back and you know the surroundings and the people around you, it becomes a lot more comfortable,” said the World Cup finalist. Rajasthan Royals make it three in three with a 7-wicket win over Mumbai Indians

“You start building on the new friendships you made in the previous IPL and you settle down into the team. We are not off to a good start, but in this format you cannot win them all. We have got to keep doing most things right and just tweak the little things that are keeping us down,” he added.

Anderson Praises his teammate Kieron Pollard with whom he put on 104 runs to help MI to a decent score. “He is a class act; he does take a little bit of time to get going, which is absolutely fine. I managed to get a few away as well, which was nice. It was nice to have two guys being able to hit those boundaries in the end.”

MI take on Chennai Super Kings (CSK) on Friday in their next match and Anderson will look to play a part in that match as well. 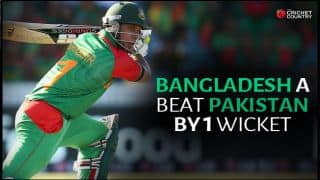