The six-bedroom property was sold for more than 3.3 million dollars.

McCullum has played 386 games for New Zealand, including 87 Tests. He was not at the auction as he is playing in Twenty20’s Champions Trophy in India for Indian Premier League (IPL) team, the Chennai Super Kings.The lavish home includes six bathrooms and four living areas. The outdoor area boasts a large entertaining space with all-weather TV, fireplace and a large heated swimming pool.

Harcourts real estate agent Cameron Bailey worked with the Christchurch buyers of the property and said that they were very happy with the result. He said that the buyers have got children too and they’re happy as well, adding that it’s a good family home. 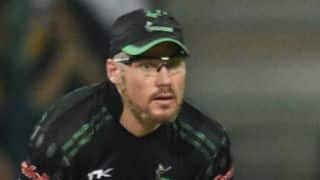