Brendon McCullum: Ross Taylor did not say anything during team meetings

Brendon McCullum: Ross Taylor did not say anything during team meetings

Brendon McCullum in his autobiography Declared talks about the sequence of events that led to Ross Taylor s ouster as captain and him taking over. McCullum mentions how Taylor never communicated much with his players. Taylor, who is currently in India, in the middle of a five-match One-Day International (ODI) series has read about this through various media outlets, but is in no hurry to grab a copy of the book, according to New Zealand Cricket (NZC) manager of public affairs Richard Boock. McCullum also mentions how John Wright (New Zealand coach till 2012) and McCullum were not on good terms. He believes that the cracks first appeared during the West Indies tour of 2012, when McCulum was rested for the limited-overs of the series.

An injury to Taylor meant that McCullum was called as replacement. He was in time for the third ODI, but did not play the match. He was informed that Kane Williamson would lead New Zealand for the sake of continuity. “Either Ross was highly resistant to my captaining the team and leant on Wrighty to change his mind, or it was just an organisational cock-up by Wrighty,” McCullum writes in Declared. “The rest of the tour suggested the latter, because much of it was a shambles,” as reported by espncricinfo.com. McCullum also felt Taylor did not respond well to Mike Hessnon s appointment as head coach. “It seemed to me that, right from the start, Ross was suspicious of Hess’s motives,” McCullum writes. “So instead of taking Hess on his merits, Ross seemed already closed to him. I knew there had been a bit of talk behind the scenes after Hesson’s appointment, and that some were seeing a conspiracy.

“It wasn’t a very complicated scenario they were pushing: that my mate Stephen Fleming had influenced the selection board to give the coaching job to my other mate Mike Hesson, whose ultimate goal was to replace Ross as captain with me. One problem with that narrative was that I had recommended Matthew Mott to the selection panel, but details like that tend to spoil a good conspiracy theory, and as events unfolded, it was clear that logic would play an ever-diminishing role.” READ: Brendon McCullum: Can t forgive Chris Cairns for his behaviour

McCullum further mentions how Hesson will pass it on to the skipper Taylor for his thoughts during team meetings, but Taylor barely spoke. “At these meetings, Mike would canvass everyone’s thoughts, and then try to hand it back to Ross to synthesise what was out there, tell us the way he wanted to go forward, put his stamp on it. All Ross had to say was, ‘Thanks lads, that’s awesome and this is the direction we’re going based on your thoughts. I’m the skipper, this is what we’re doing and I need you all to buy into it.’ “Ross would say nothing. READ: Brendon McCullum reveals he was smoking during New Zealand vs South Africa, ICC World Cup 2015

Not a word. What the hell was he thinking? I had no idea. “Ross is a reasonably trusting guy in most circumstances, so someone must have been telling him to watch his back. Whatever, he put the shutters up against Hesson. A quiet guy at the best of times, going further into his shell didn’t help he’d surface with angry outbursts, instead of a coherent plan.” 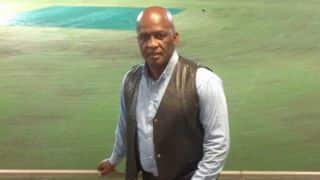