Australian speedster Brett Lee is impressed with the leadership skills of his IPL-winning side Kolkata Knight Riders skipper Gautam Gambhir and praised him for the way he lived up to the challenge of captaining a side with players from different countries. 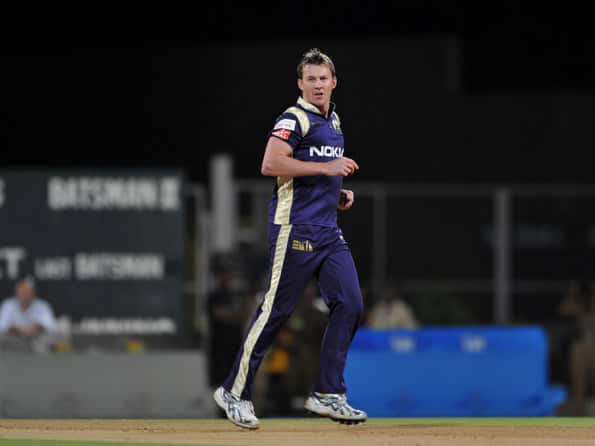 Australian speedster Brett Lee is impressed with the leadership skills of his IPL-winning side Kolkata Knight Riders skipper Gautam Gambhir and praised him for the way he lived up to the challenge of captaining a side with players from different countries.

Lee praised Gambhir for his fighting qualities and also for his ability to make the dressing room light with banters.

“I am impressed. He is a very structured player, someone who likes to take on opposition. Off the field, he likes to have a joke with his teammates. More importantly, I think he is respected for his fairness,” Lee told PTI.

“It can be a challenge to lead men from different countries but Gambhir has acquitted himself well,” he said.

Lee feels that the yorker remained the most lethal weapon for a bowler in the death overs in Twenty20 cricket.

“I think it’s pretty hard to get past a yorker in the death overs. If you can hit the base of the stumps, you can trouble the best. With a perfect Yorker, you are 90 per cent assured that you can win the battle. With batsmen getting creative with their stroke play, I think a yorker is the best,” said Lee who has retired from Test and ODI cricket.

Asked what he likes most about KKR, Lee said, “I think the fans are fanatics. They enjoy cricket, they appreciate a good contest. Like when Pune Warriors played in Kolkata, they were on their feet cheering ‘Dada’. When he took a catch, it really blew the roof off in Eden Gardens.”

Lee was also upbeat about MEWSIC, his charitable foundation in India, and said he was happy to give back to the country which had given him so much love.

“It’s an attempt to raise smiles on the faces of the children who are deprived. We have already raised about USD 75,000 for our foundation. I do a lot of work back home with children’s hospital,” Lee said.

“I always had this fascination for India. People have given me so much love and affection. It was two years of planning, lot of hard work and making sure that we have right people around us,” said Lee who had sung songs with singing legend Asha Bhonsle.

Asked why he chose the name MEWSIC for his foundation, he said, “I wanted something to stand out. Also with Binga, the cat as our logo, I thought MEWSIC will be closer to a meow of a cat. We wanted it to be fun and I guess it appeals to children.”

On who is a bigger star between Lee and his IPL side KKR co-owner Shahrukh Khan, he quipped, “Definitely Shahrukh.

I mean when his face comes on the screen, the crowd goes nuts.

But still he is such a down-to-earth person. He is famous around the world. Even in Australia, it’s massive when he comes over.” (PTI)