Brett Lee would want, among other things, bowler-friendly pitches to be curated.

Brett Lee, a popular face on Indian television, wants ODI cricket to return to the days when totals in the range of 250-280 were considered competitive. And for that to happen in today’s “batsmen-friendly” game, pitches that give bowlers something to work with have to be curated: “What the bowlers need are the wickets. They have to get wickets that (are) not totally flat (batting tracks) where someone scores 400 or someone gets a 450 score … I still think that a 250-280 score, max, is a good total.”

Earlier this month, England made 481 for 6 against Australia in an ODI, drawing negative reactions from Sachin Tendulkar and Sourav Ganguly. Tendulkar has also called the ICC rule of using two new balls in ODIs as “a perfect recipe for disaster”.

What’s Lee’s take on it? “I don’t think there’s an issue if they use one ball in 50 overs or two balls. Having two new balls in one day cricket can assist the bowlers.” However, he said the negative of using two balls is that “it doesn’t get old enough for reverse swing”, which he said is a “very important tool” for bowlers today.

Considered one of the most successful bowlers for Australia (he has 718 international wickets), Lee also spoke on how to hand some advantage to the bowlers: bowler friendly”, it’s important to ensure a conducive pitch with “good grass coverage”: “That for me is the easiest way to do it … I’m not saying have an actual green top, but just have something for the bowlers to work with.”

As someone who loves India, its culture and people, Lee has been closely associated with philanthropic efforts in the country: “Every time I come to India, I feel like I am a part of this beautiful country. I feel so welcomed. India has accepted me as part of its own, which I am so humble and so grateful for.”

Lee is currently the brand ambassador of Vitamin D-friendly sunscreen Solar D which has been launched in India through Amazon India. The product lets through some of the UVB light the body uses to produce Vitamin D while providing sun protection. Lee is one way of “giving back” to people as it concerns their health and well-being: “People are increasingly looking out to take care of their skin. When people use sunscreen, they think they are protecting themselves from skin cancer. Yes, you are. But you are also blocking out the good stuff that your body needs.

“Your body needs some sunlight in order to make Vitamin D. This epidemic of people being obese, overweight and unhealthy needs to change. If everyone remains indoors and does not step out and breathe fresh air, take in a bit of sunlight … Their body will not be physically fit. It’s like charging the battery for your phone. If we don’t go out and charge our bodies with natural sunlight, we’re going to end up with Vitamin D deficiency.”

Skin awareness, he said, is “extremely important”, and something he was taught as a child. Now he hopes to spread awareness about it. 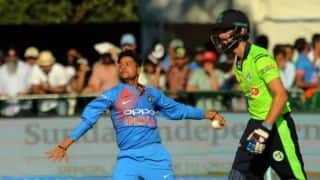