One of the fastest bowlers in the world at his peak, former Australia pacer Brett Lee said here on Friday that the best sound that he wished to hear was his ball hitting the wickets of Sachin Tendulkar. Lee was speaking to young children who suffer from hearing problems and are part of the the Kerala government’s Cochlear Implantation programme.

“The sound that I do not wish to hear is when the umpire calls a no-ball,” said Lee, much to the happiness of the young children. Lee is here as the the brand ambassador of the ‘Global Hearing’ project.

Lee also said that his son has now been fully cured of the hearing issues he had and it was after his son had hearing problems he decided to be associated with programmes on hearing.

“Feels amazing to see the progress in Kerala on the New Born Hearing Screening mandate in all,” wrote the great bowler on his twitter handle, after the function. In a nine-year-long Test career which ended in 2008, Lee took 310 wickets in 76 matches making him the fourth most successful bowler for Australia. 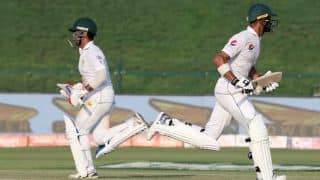 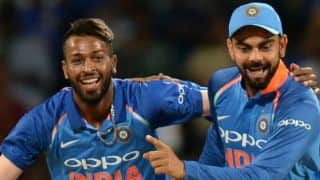