Having achieved the pole position in ODIs, Australia would soon regain its past glory by becoming the No 1 team in Test cricket as well, feels speedster Bret Lee. 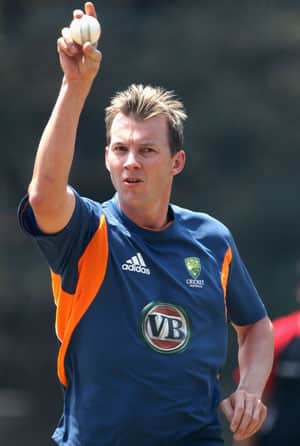 Having achieved the pole position in ODIs, Australia would soon regain its past glory by becoming the No 1 team in Test cricket as well, feels speedster Bret Lee.

“We won ODI series in Sri Lanka. We are 1-0 up in Tests now. We are on our road to glory. We are enjoying being the No 1 in ODIs and hopefully we will get back our No 1 rank in Test cricket,” Lee told the mediapersons.

He said he does not regret not playing in Tests anymore and he feels it was a conscious decision.

“No regrets in not playing Test cricket. There is zero chance of returning to Test cricket,” he said.

He said he is enjoying the Twenty 20 cricket which is full of excitement and surprises. Asked what is the biggest challenge he is facing, he answered: “I am loving every single day playing cricket. I don’t put pressure on me. That is the reason, I am happy, I am contented, I am smiling.”

Asked whether he was surprised with India’s poor show in the England tour, he said conditions were a big factor.

“The England team took home advantage to the fullest.”

Replying to a query on the problems like injuries faced by Indian seamers during England tour, he said injuries are a part and parcel of playing cricket.

“It depends on a few things. I was not in their shoes obviously. When you are playing Test cricket, injuries do happen. That is part of playing cricket unfortunately,” he said.

Asked about the debate in India, whether the senior players should continue to play or the youngsters should be given the responsibility, he said experience should be tapped as it may create a vaccum. (PTI)

Squads of the teams participating in Champions League T20