"Whatever happens [referring to objection over love scene by CBFC], you will see that beautiful and passionate chemistry between us [me and Tannishtha]," Brett told PTI.

Mumbai: Former Australian pacer Brett Lee believes that the audience will see sizzling chemistry between him and actress Tannishtha Chatterjee in “Unindian” despite the Censor Board apparently asking the makers to reduce length of love scene from the movie. Apparently, the Central Board of Film Certification (CBFC) has raised objection over a love scene in “Unindian” and have asked the makers to reduce its length. “Whatever happens [referring to objection over love scene by CBFC], you will see that beautiful and passionate chemistry between us [me and Tannishtha],” Brett told PTI. Brett Lee to feature on Indian show Bhabhi ji Ghar Par Hain

“We have Indian producer and director who made the film, my co-actress is Indian and there are lot of people who worked on the film are Indian, so I will leave upto them to take a call if they [Censor Board] are doing the right thing or not,” he said. Meanwhile, movie’s helmer Anupam Sharma feels it’s sad that an objection is raised over a love scene. Brett Lee nervous ahead of debut movie’s release

“They [Censor Board] have asked to reduce love making scene upto 40 to 50 seconds. It’s one minute two seconds scene (and) they have asked to reduce it by half. They are here to certify,” he said. “It is sad that we have to face this issue [despite] no vulgarity or abuse or violence or nudity. We will make appeal [and] there is no option,” Sharma added. However at the same time, Anupam says he might even give into the CBFC demands.

“It’s a matter of some 60 seconds. I am not going to take my distributors on ransom as they have invested so much money in releasing the film in India,” he added. Tannishtha has a piece of advice for the CBFC that it should raise concern over scenes showing violence. “I have an advice to the Censor Board that on screen they should allow love and they should be concerned about violence. If they want to censor love making they would contribute to Indian society by making censorship in form of procreation so we have healthy economy and better development considering the rate at which our population is growing,” she said. “Unindian” opens in cinema houses on August 19. 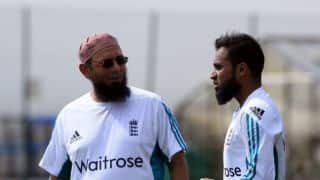 Shahid Afridi, Mohammad Yousuf and other Pakistan players come out in support of Saqlain Mushtaq 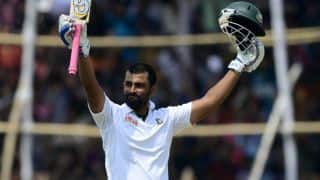