Veteran pacer Brett Lee has warned Cricket Australia against the temptation to "baby" the nation's fast bowlers with a rotation system that was designed to protect them from injury, saying the selectors' job was to pick the best players to spearhead the Test attack. 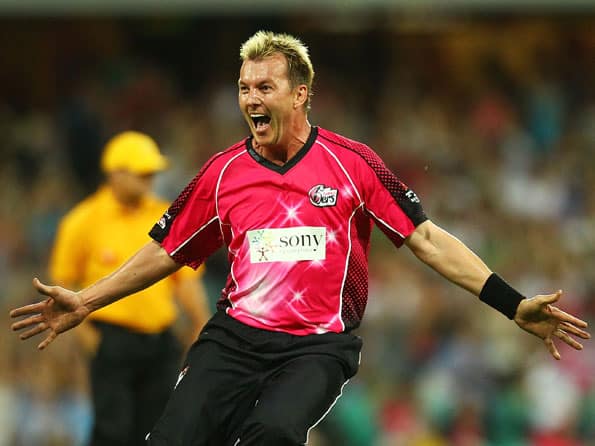 Veteran pacer Brett Lee has warned Cricket Australia against the temptation to “baby” the nation’s fast bowlers with a rotation system that was designed to protect them from injury, saying the selectors’ job was to pick the best players to spearhead the Test attack.

“I’m here or there with the 50-over game in that guys might need a rest because there is so much of it played,” Lee said.

“Twenty20 is obviously ‘do what you want’ because that’s the game – you amp it up. However, for Test match cricket you put the best on the park every time. Guys have to be fit and strong enough to get through and play a whole Test series.

It’s a fact of cricketing life that along the way things do happen, players will get injured but that creates opportunity for others,” Lee was quoted as saying by The Age.

Lee, who retired from the long-form game two years ago to focus on the limited-overs games as a means to extend his career after a series of injuries, which included stress fractures in his lower back when he was a teenager, said pace bowlers needed to retain their toughness through hard work on the field.

“It’s important we don’t ‘baby’ our fast bowlers, but at the same time we don’t want to burn them out,” he said.

“It’s a balancing act, but as I’ve said, I’m a firm believer in picking our best people for Test matches. We should always put our best Test team on the park.”

The Australian team’s former strength and fitness coach Jock Campbell cited the pressure on fast bowlers to try and hit the 150km/h mark was perhaps yet another reason for the high volume of pacemen breaking down.

“A few years ago that was very quick, but the fast bowlers are striving to hit that 150km/h regularly, like a Peter Siddle.”

Lee said his ability to still be able to generate speeds of up to 150kmph after 20 years at the top was one of his proudest career achievements. But he feared the new emphasis on a need for speed could hurt some of his contemporaries.

“You can have so many wickets, but to me longevity is the key,” Lee said.

“I’m still running in and bowling fast and think I’ll be bowling at 150 in a week or so. When Channel Nine and Fox use the speed gun to generate a bit of excitement, I think it’s healthy in the sense kids love to watch it. But there’s a lot of pressure on the fast bowlers to hit 140-150. If their bodies aren’t used to it, the chances are something will go wrong.”

“Having been through so many injuries you learn what it’s about. The thing I’m most proud about is I’ve bowled at 150 km/h for over 20 years, now that doesn’t normally happen. I expect to hit 150 in a week or so, and if the truth be known I’d rather go out and give it a red-hot crack rather than try to swing the ball away from the batsman at 125 km/h.” (PTI)