Thanks Brian for helping me as a kid growing up at Yorkshire, Michael Vaughan tweeted.

Brian Close, former Somerset and Yorkshire legend and the youngest- ever cricketer to have played Test cricket passed away at 84 on Monday. his debut against New Zealand in 1949 as an 18-year-old. He went on to lead his country seven times in 22 Tests, between 1949 and 1976 and also captained his native county to win four county championship titles. Close scored almost 35,000 runs as a batsman, including 52 centuries with a highest innings score of 198. He also took 1,168 dismissals as a bowler and over 800 catches as a fielder. Twitter reacts to cricket’s loss: READ: Brian Close, former England captain and Yorkshire legend, passes away at 84

Such a sad day.. He was a true inspiration to all of us .. Thanks Brian for helping me as a kid growing up at Yorkshire… #RIPClosey

Ever a tougher batsman than Brian Close? Watch this. No helmet/chest/arm guard A towel for a thigh pad. He was 45. https://t.co/Su9LXJSTQO

Is the Brian Close “catch it” after being hit on the head at short leg story true? I’ve always believed it to be…

According to Guardian, Yorkshire confirmed his death in a statement on Monday morning. It read, “It is with the deepest regret that Yorkshire County Cricket Club announce the death of Brian Close, CBE, one of Yorkshire and England’s greatest ever captains and one of the game’s most courageous players. In addition to his outstanding cricket career, Brian remained fully committed to Yorkshire until the end, being a life member of the club and president from 2008-10. He was also a popular former president of the Yorkshire CCC Players’ Association. He leaves a widow, Vivienne, and a son and a daughter.” READ: Brian Close — controversial, curious composite of unfulfilled promises

The Yorkshire-born cricketer who is still known for his brave display on field—be it facing the fastest of bowling or fielding at short leg—he did not hesitate one bit. One of the most famous quotes from the legendary cricketer is learning for all budding cricketers, whenever a cricketer complained about a trembled, or rubbed a bruise while playing, he said, “How can the ball hurt you? It’s only on you for a second.” The former Somerset batsman appeared for England in 22 Tests, scoring 887 runs and bagging 18 wickets. Meanwhile, he failed to make a mark in the One-Day Internationals (ODIs); he scored 2 runs from three games. 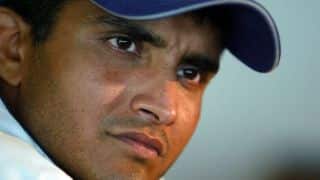 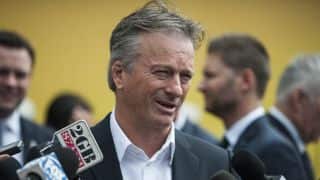