Brian Lara says having the talented Indian players playing in global leagues would help the budding players in those countries grow.

After a highly successful first season, the second season of the GT20 league will get underway on July 25 and continue till August 11 with 22 matches to be played, including three play-off games and a final.

While the Board of Control for Cricket in India (BCCI) is still very particular about not letting contracted Indian players playing in any T20 league, apart from the Indian Premier League (IPL), GT20 brand ambassador Brian Lara feels there is need to change for the good of the gentleman’s game.

Speaking to IANS, Lara said that while every nation is bound to have its own policies, having the talented and attractive Indian players playing in leagues like the GT20 would help the budding players in those countries grow.

“I am not being critical of the BCCI or their cricketers, but the world needs to see some of the great cricketers from India playing here as well. I dunno where that stands. No hiding the fact that the Indian cricketers are the most attractive players.

“It will be great to see the players from different countries coming together and playing in these leagues. It helps the game and one of my own jobs is to get into schools and see if we can help them play the game,” he explained.

Lara made no bones about the fact that while he loved playing Test cricket, the present generation of fans love the short and sweet version of T20 cricket.

“T20 is the only format. The game has evolved and I didn’t play T20 cricket. I played Test cricket and I enjoyed that and won’t change anything. But T20 is the only format that is actually going to make a difference. It will help take the game into countries that are now playing for the first time.

“It is a short and exciting version. It is the same length of time as baseball. It is the game to be played and I played a lot of Test cricket and you have to face facts. People are more interested in coming to the stadiums, watch the game for 3 or 4 hours, see a result and then push off,” he pointed.

Commenting on his own experience in the first edition of the GT20 league, Lara said: “It has been a great experience. The associate countries of the ICC need competitive cricket and they need the best players in the world to come in and show them what the game is all about. I think it was a great success in the first year. Obviously there will be teething problems here and there, but that should be done away with in the second year,” he said. 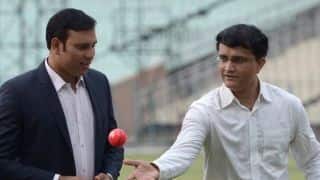 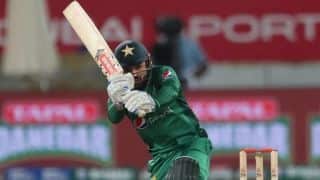