The 45-year-old said he enjoyed playing against the Australian team the most.

West Indies batting legend Brian Lara Thursday identified Glenn McGrath as his “nemesis” after being dismissed by the Australian pacer on several occasions during his playing days.

“Yes, I can identify (Glenn) McGrath as being my nemesis. He got me out however many times,” Lara was quoted as saying by the Sydney Morning Herald.

The 45-year-old said he enjoyed playing against the Australian team the most.

“The Australian team was the team I enjoyed playing against the most. It’s hard to pinpoint any one player,” said the West Indian great.

“Shane Warne, Jason Gillespie, Steve Waugh, Ian Healy, Adam Gilchrist. None of them let up. I think I have a lot of respect for their teamwork. I was envious to see how they operated as a team and how they demolished teams I was involved with. It would be wrong to single out any player,” the left-handed batsman said.

He also said that relentless sledging by the Australian players on the field was something that motivated him to play better and defy the might of his far superior opponents.

“That was always part of it,” he says. “I could allow you to speak to some of the Australians to see what they think, because it was something that spurred me on. I enjoyed it. I had a few confrontations that left the Australians thinking they should stay away. Go to (Ramnaresh) Sarwan or someone else,” he said. 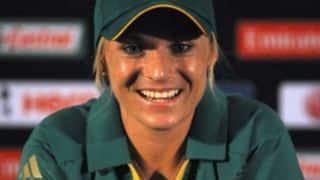